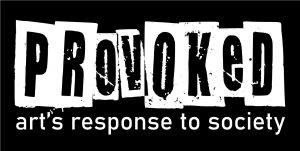 It has long been taken for granted that Art is present in all aspects of human activity and culture. One role it plays is to express the emotions and struggles of the society it exists within, and inspires us to cope and even overcome. Provoked: art’s response to society is an exhibition that aims to stimulate or incite you, and is the first exhibition to be held in Creative Arts Gympie Region’s new creative space. Provoked is about art as a response to society, telling truths, reflecting injustice and other issues that we face.

Her practice is informed by research that centres on making connections with people that spark innovative exchange and interdisciplinary encounters to provoke dialogue, action, and reflection between community, performer and spectator.

Tammy draws on her own lived experience of sexual violence to interrogate and engage with confronting systemic global socio-political problems.

Her work probes abuses of power, culture and contemporary issues such as human rights violations, gender violence, conflict and trauma.

Shattering ideas around victim and survivor stereotyping, her work directly addresses narrative passivity, representations and reclamation of power to reshape the human condition.

A broad practice that extends nationally and internationally across government, service and arts organisations, community, festivals, and universities in metropolitan, regional and remote areas. 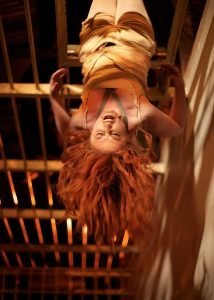 CONFINED premiered as a contemporary site specific music theatre installation on 16 June 2012, at the Old Alice Springs Gaol, to sell out audiences. CONFINED is the first chamber opera to emerge from the Northern Territory. The gaol performance involved 30 local, national and international artists. It was recognised at the 2013 APRA|AMCOS ArtMusic awards as ‘Work of Excellence in a Regional Area’.

CONFNIED uses explicit language and tackles issues that include references to topics such as family violence, sexual abuse, suicide, psychosis and self-harm. Nudity is present. Parental guidance is recommended.

Heinke Butt is a researcher, artist and retail interior designer. Her design expertise includes branding, interior design, product development and customer profiling, with a career that has taken her to work as advisor, designer and trainer with retail chains in Europe, the UK and New Zealand.

After leaving retail design she pursued her own creative practice and to further explore space and expression of identity through art and obtained a BA in Art and Culture through Curtin University and a Master in Cross Disciplinary Art and Design at the University of New South Wales.

Heinke’s art practice can be defined as an expression of cultural diversity and social communication utilising both contemporary and historical multi-media practices.

During the struggle for liberation lives of family and friends were lost; those who are still alive today are still coming to terms with their loss of life, identity and cultural heritage.

Two generations of her family were directly involved in the two major massacres that occurred during apartheid – firstly her Father in Sharpeville and later her Brother in Soweto. She saw the change that occurred in them – firing that first bullet – two generations apart – all a result of manipulation of identity of individuals by a Suppressor.

Heinke’s works surveys that violence – the instant change that results forma bullet firing, that instant changes everything for the individual who was short at as well as the person who charges the weapon – that scar that never heals.

Heinke uses scrap metal and found objects to translate her ideas. The grid is a metaphor for the squatters camps created on the city fringes during apartheid and the violent tear of a bullet hole in metal representing the violence and cultural destruction of its people.

In recent work Heinke has addressed the notion of the garment as a motif, a disguise, and as an expression of identity.

Currently her creative practice and exploration of identity is extended through my PhD research in the School of Social Sciences and School of Creative Industries at the University of the Sunshine Coast. 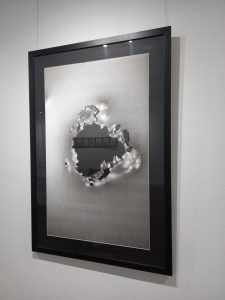 This series surveys violence resulting in suppression – the instant change that results from a bullet firing, that changes everything for the individual who was shot, as well as the person who fires the weapon – that scar that never heals.

This work depicts the 7 homelands created under Apartheid- with the aim of keeping ‘noon-white’ people out of the affluent ‘white’ areas, it is mounted onto black aluminium, ripped apart by constant violence. 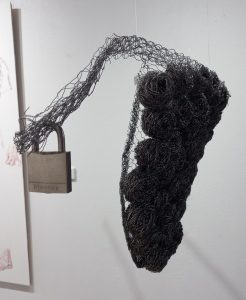 The Apron is the garment that changes the identity of the wearer. This apron depicts the suppression of women that were forced to do domestic duties in white homes. Suppression of women is still prevalent in many societies around the world, where women are denied education and left to tend to domestic duties. The metal in the pot scorers depicts the harsh reality of the restricted lives these women lead, the lock a symbol of that suppression and the inability of women to change their standing without significant risk.

Chloe Cox is a conceptual artist and painter living her weird and wonderful life in Gympie.

Creator and curator of Forge Forward.

Amy Crow is a Brisbane based Multidisciplinary Creative.

Her experience and interests lie in creative business, project management, curation and design. 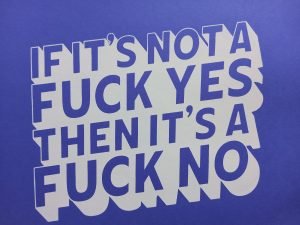 Simone Eisler is a Queensland artist and has exhibited her work internationally in the Philippines, Indonesia, New York, Belgium, Paris, Berlin and Australia. Her work is focused on space, time, form and structure and she moves from large scale sculptural multimedia installations through performative photographic works to individual sculptural objects that reference concepts of physical transformation, species evolution and biodiversity within the overarching notion of a changing technological and natural world.

Within each of these areas she introduces materials from the animal as well as the fabricated world. In particular, her imaginary sculptural forms rework the materials in different ways either by re-skinning, casting or fracturing and reconfiguring elements. She pushes this scientific investigation further into the realm of both mythology and futurist thinking, with a focus on interrogating presentation methodologies.

Her practice also covers drawing, painting, and sound and she is well known for a wide range of public art works. 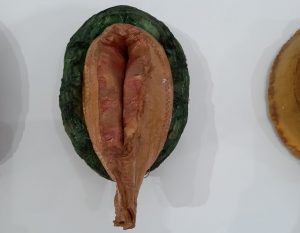 Display and attraction concepts have been a key theme in Simone Eisler’s performative and sculptural works. In the late 90s, she explored the notion of animal and insect sexual attraction via shape and pattern. Her works play with courtship, ritual and the link between human and animal behaviour. Specifically, she explores ideas of body mimicry in animals eg facial shape like genitalia in mandrils and in humans the use of lipstick on lips to resemble the vulva. Overlaid with this is a focus on enlargement, exaggeration, and heightened definition of body parts, particularly erogenous zones. Her work Efflorescence is a series of sculptures built from crepe paper party rolls pulled out and pushed in to resemble the moist openings of our bodies. She rides the physicality and liminal edges of the body to celebrate our sexuality.

A woman told me a story of being held back by phrases such as ‘Why would you do that?” or “Don’t be silly” and comments against what she felt she wanted to be.

She said this painting captured her story. 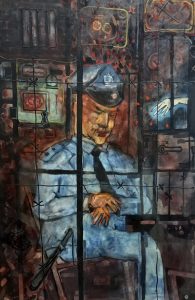 In the painting the woman is still reaching out to the man she loves but she sees him as a prison guard, not intending to be cruel but he is. She said there was still a relationship, but it is not right for her.

We see a prison cell, marks on the wall of incarceration days – demon in the dark.

To escape from it all, she told me she wanted to dance naked under a full moon.

After hearing her story, I heard a similar story from many women.

Tyza Stewart is a visual artist working in Meanjin (Brisbane). Their ongoing project of self-portraiture looks at ways to communicate experiences of gender as changeable, flexible, and outside of prescriptive categories.

Tyza documents memories from their own childhood as well as more current experiences to inform an interrogation of understandings of normality in relation to gender.

After years of honing her artistic practice that has focused on women in music, Vogels feels increasingly compelled to utilise her creativity and voice to influence responsibility and awareness for social impact. 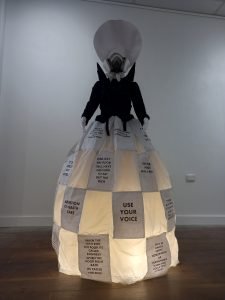 DD has been created in response to my current social reflections utilising readily available objects and materials in my working studio and home, including my wedding dress, old clothes and laser printer.

My work translates my inner voice, which is always growing stronger as I reflect and learn more of the world. This learning has been enhanced through being a single mother of four, including an LGBTIQ teen and my proximity to all that I witness as a woman in the music industry, and beyond. I use creativity as a tool for healing, inspiration and purpose.